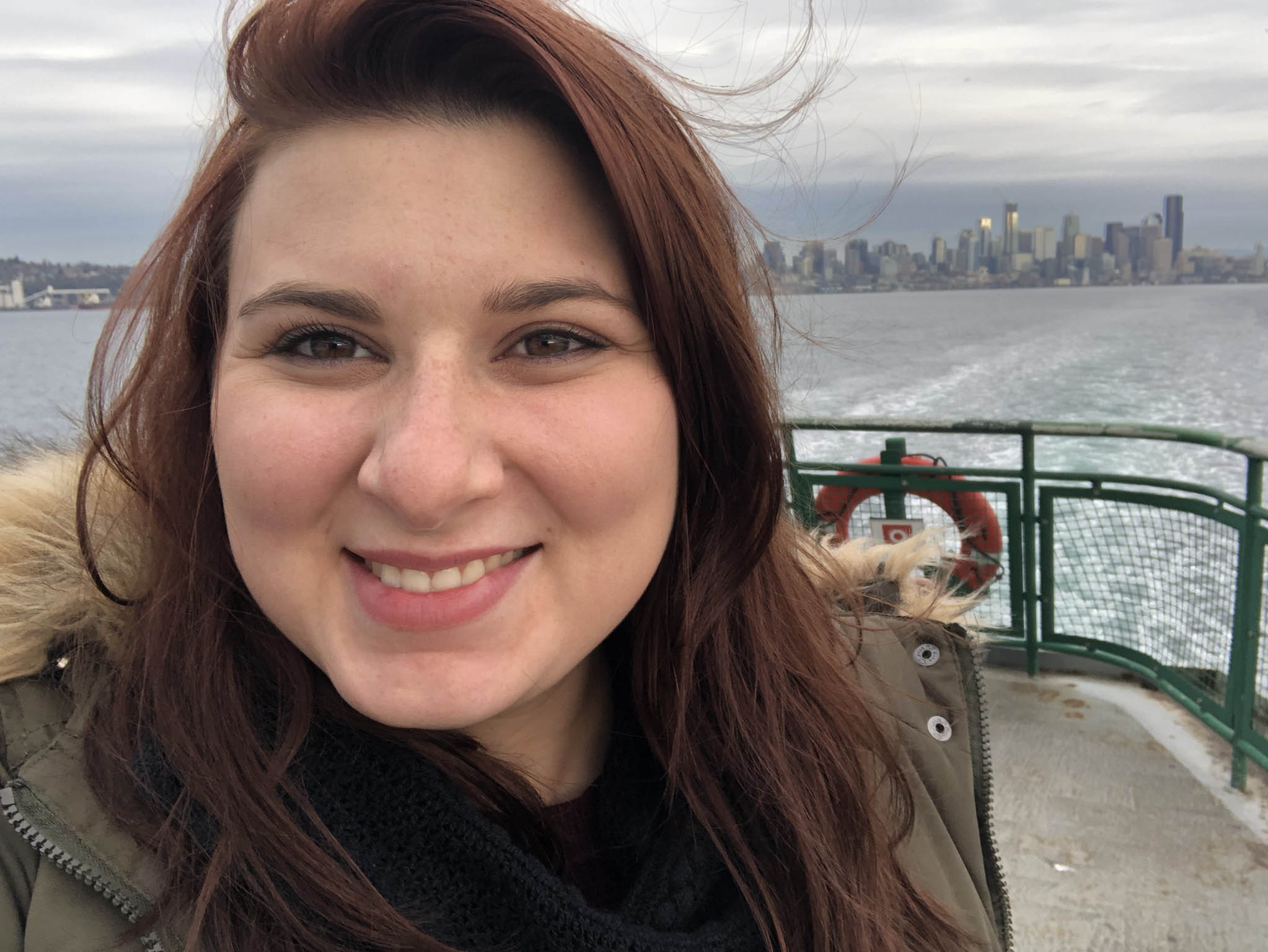 My name is Amy-Lee and I am an expressive upcoming voice talent. I have years of experience in communications in multi-cultural settings.

Throughout high school, I consistently involved myself in public speaking and performance opportunities. After graduating from my degree in Communications and Psychology, I experienced life outside South Africa and met a diverse group of people in my travels in the United States. I was able to expand my knowledge of communication and expressing myself in an invaluable way.

I have completed Voice Over training in the form of the SAVOA Booth Camp as well as extensive 1-on-1 training. This has exposed me to the fundamentals of Voice Over and taught me a level of key competence a Voice Artist requires to begin to attain success in the industry.

Working in media, I am constantly exposed to the outcome that effective marketing has for a company or brand, which allows me to truly understand the uniqueness of any voice over assignment I may be considered for.

Whether you’re looking for a conversational and relatable voice for your brand, or an emotional and empathetic delivery for corporate promotion, I can be the passionate and willing voice you can trust 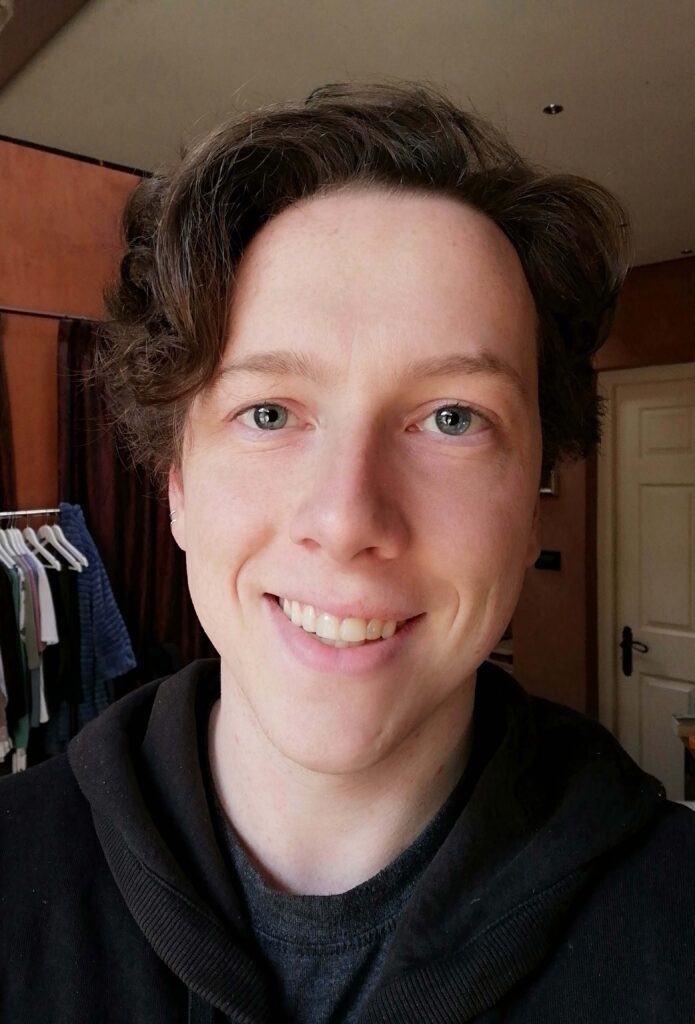 Alex D was born and raised in Cape Town and has a passion for film and animation, and has always dreamed of working as a voice actor. He recently completed the SAVOA Boothcamp in Cape Town and the response to his professionally produced demos have been overwhelmingly positive. Alex is now ready  to offer his fresh and incredibly deep and rich sounding voice to your next project. 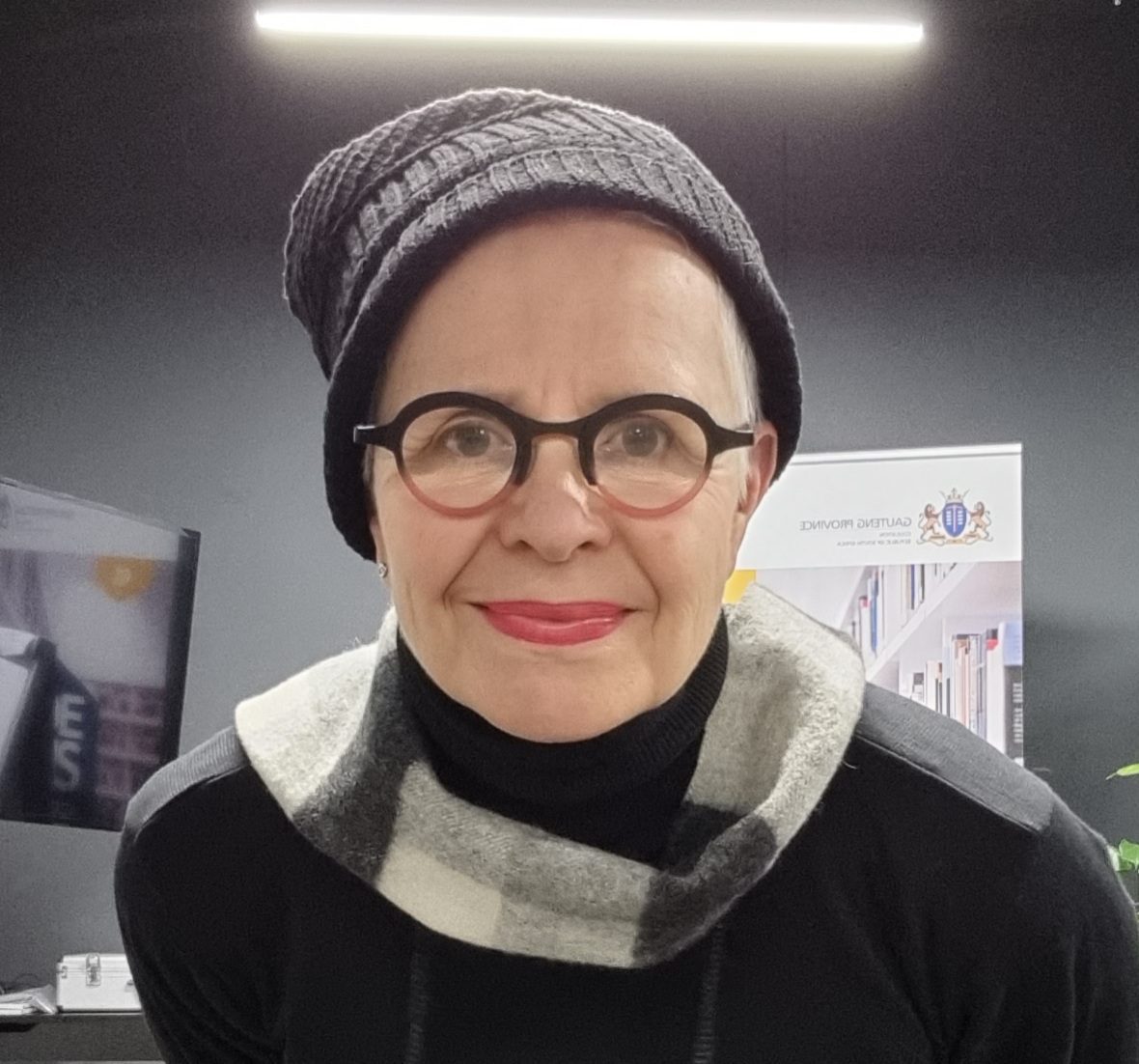 Eva grew up and studied Architecture in Germany. In 1998 she emigrated to South Africa.

She stopped practicing Architecture in 2015 and became a trainer.

During Covid physical training was not sustainable. Eva says:

I had to record tutorials – with no experience, no confidence about my voice, I didn’t even know I had a one. Here I had my first Studio experience.

To improve on my voice skills, I enrolled at the Voice Clinic – with one-on-one voice coaching. It was not what I expected, but it was an experience that opened the door to a new career path.

At the SAVOA Booth Camp I met Head Coach and Voice Over Artist Craig Ross. My enthusiasm became unstoppable, and I continued one-on-one coaching sessions with Craig. I still write and record e-learning tutorials and have a passion for documentaries and storytelling, but I also love travel, chocolate, and crazy fast cars.

I am fluent in German and speak an international English. 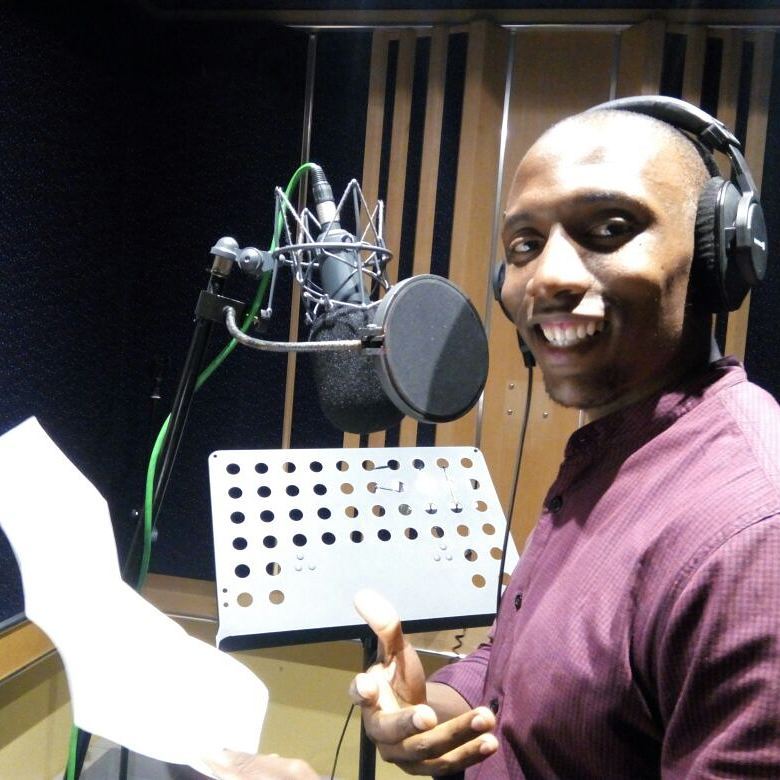 I am a South African born male voice over artist currently residing in Uitenhage in the Eastern Cape
which is just outside Port Elizabeth. I started my journey in the world of voice work in 2011 as an
online English teacher, there it was recognised that I have a very good speaking voice and a very
clean accent.

Later on in 2016 I started working at the VW call centre where I mastered the art of
speaking in different accents deliberately such as (Corporate accents / Coloured accent / Afrikaans
accents and also African accents) these enabled me to connect better with the clients on the other
side of the line who were from difference walks of life as they felt that they were speaking to one of
their own thus becoming more relatable to them.

I finally got into Radio based voice over work in 2017 as I had to audition at Algoa FM with one of
their Production engineers at the Time who was Luvuyo Star Nyembezi. I was very successful as
Algoa FM began to contact me for voice over work.

I have since become the voice for Kelston Motorgroup / Spar / recently just started doing voice over
ads for McDonalds / city paint and tool / Galaxy Bingo and many more. The relationship that I have
cultivated with Algoa FM remains strong to this day due to my ability to meet every one of their
requirements in a timely and professional manner.

In addition to this success I was afforded the opportunity to work with Tsunami Studios and became
their voice for Coega SEZ reads. This was mostly for video narration. The relationship that I have
cultivated with Tsunami Studios remains strong to this day due to my ability to meet every one of
their requirements in a timely and professional manner. 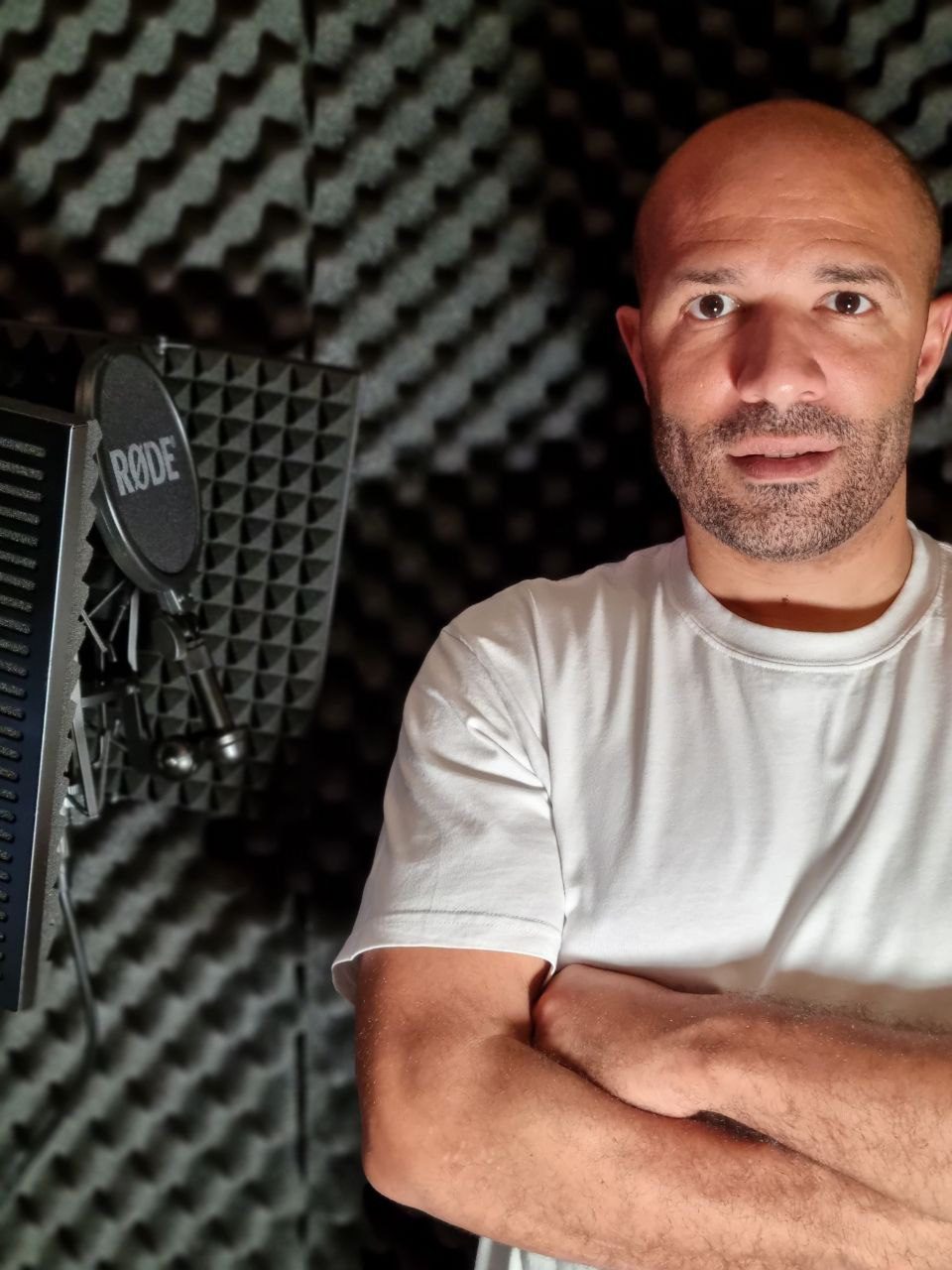 Voice-over actor with a low, warm and young voice.
Adept of letting go I like to have fun changing my voice to be totally delirious!!!!!
I am able to offer you my skills and enthusiasm for radio spots, TV ads, cartoon characters and much more.
Some experiences for web radios, local radio ads, podcasts broadcast on Spotify with the Adonde Média agency, voice over as well as motion design or e-learning and audiobook. 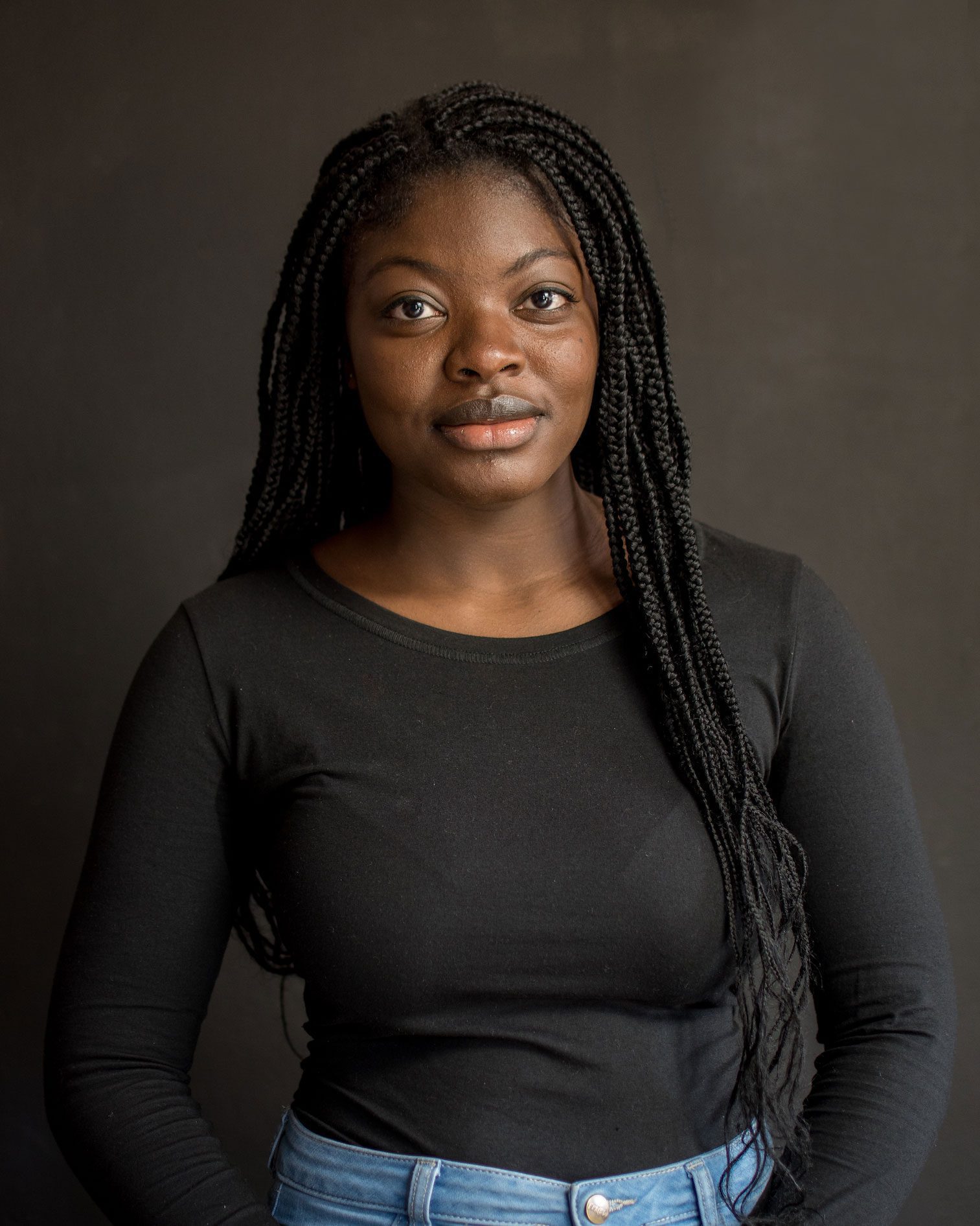 My name is Abena A, I am 23 years old. I am originally from Ghana but have grown up in different countries around the African continent. I now permanently reside in Pretoria. I am a Law graduate of the University of Pretoria, during which time I served as the president of the International Students society. I am also an avid tennis player and have been doing public speaking and speech-giving from a very young age.

I started my voiceover journey in June 2021. I was trained under elevate Africa. Training and promptly bought equipment to set up a home studio. Since then I have worked with about 6 different clients all international. the biggest so far would be 1895 Films in the USA for a documentary they were producing.

Due to my lower tone, I have found that most of my bookings are usually for voiceovers of a serious nature. my voice has been described as calming, authoritative and smooth.

I can do minimal editing of the audio and produced my demo reel by myself using my home studio. 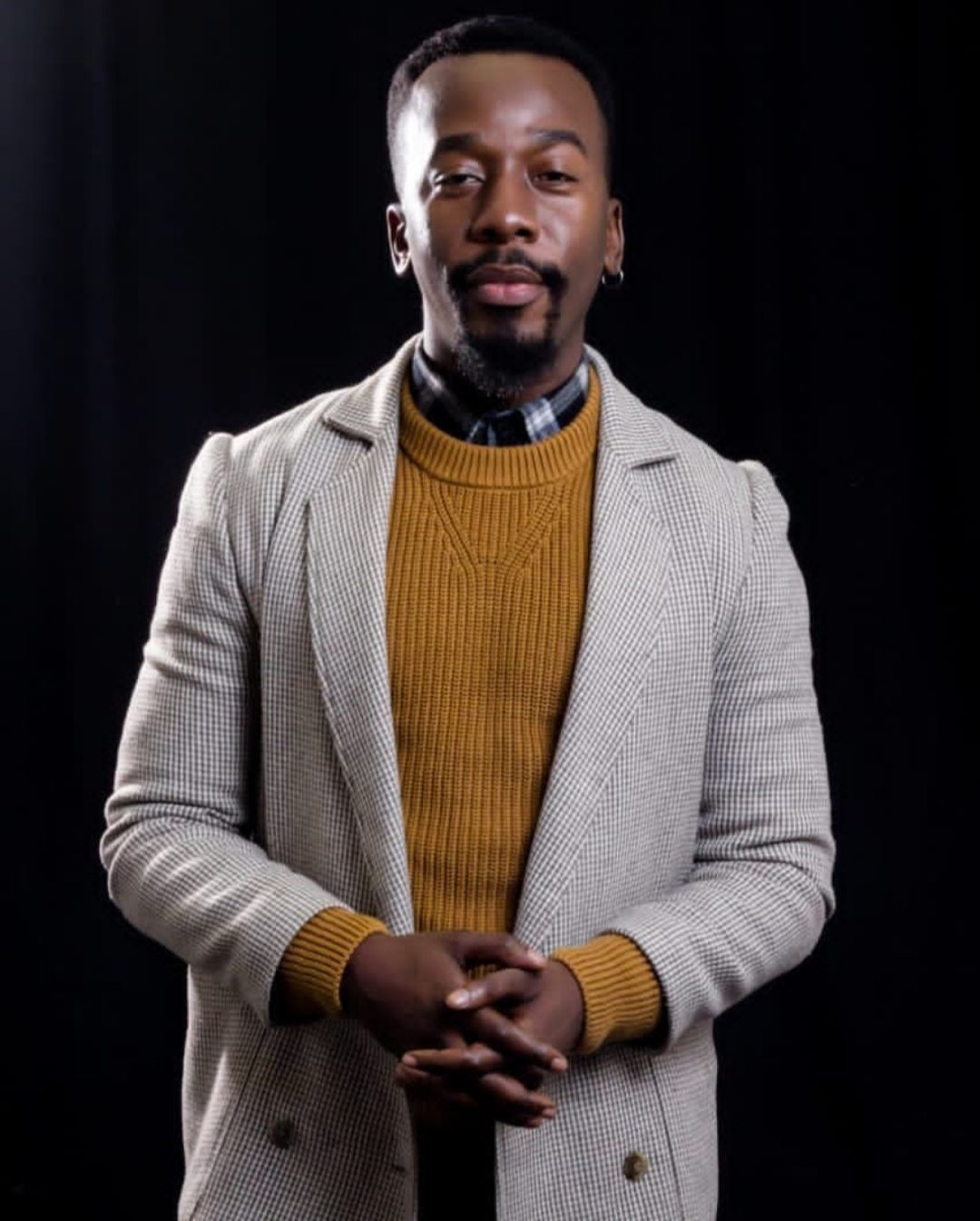 Siyabonga C is an onscreen presenter and a voice over artist from Gqeberha, In the eastern cape. He has been on radio for 11 years, doing both voice over work and on-air presenting. He started in 2009 where he read news and presented live shows for then Grahamstown radio, during his stime at Rhodes university where he studied Journalism and media studies. Post that, he moved back to Port Elizabeth, where he is originally from, to go study media and communication at NMU, during that time he would get involved with the city’s community radio station called BAY FM serving as presenter for the stations. The relation ship with the station would last for 7 years, during that time he read the news, presented a weekend show, and then finally the weekdays lunchtime show called out to Lunch, for 4 years.

In 2017 he received his nod on commercial radio when he joined Algoa fm as a morning host on the 5-6 am show. This would introduce him to a different way of doing things, and also afford him the opportunity to learn, grow, and polish his talent amongst those who have been in the industry for some time.

He has done numerous voice over work for a number of establishments such as Vodacom , coca cola ,SPAR , The Kelston Motor group, to mention a few. He is also an on screen presenter, having presented a documentaries, online series, and commercials for different establishments. 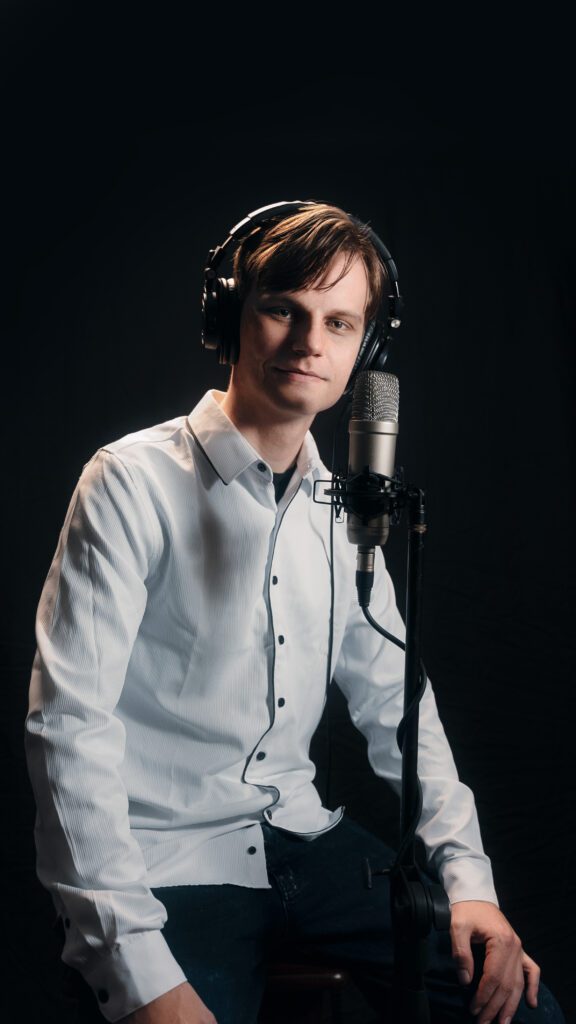 Andrew Kroeger is a voice-over artist and musician from Centurion with over 10 years’ experience in the performing arts.

Born and raised in Pietermaritzburg to an English-speaking, musical family – Andrew’s keen ear, vocal control and passion for both the sung and spoken word were apparent from a young age, displaying a fondness and natural talent for recreating vocal performances from his favourite songs and films with eager precision and attention to detail.

His background as a professional singer combined with a flair for the dramatic affords him a great deal of versatility and practised control over all aspects of his naturally low voice, able to fine-tune the pitch, dynamics and metre of his delivery to perfectly suit any male role. 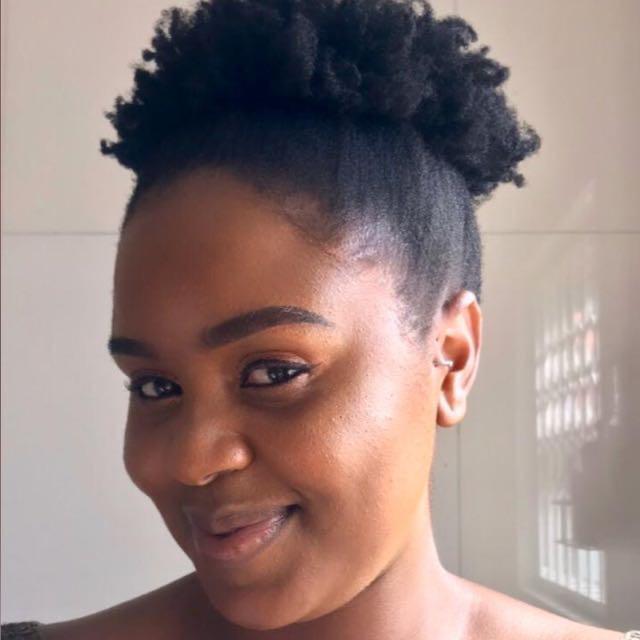 My name is Akhona Makeleni – during my spare time I’m an underground vocalist who’s passionate about storytelling, evoking emotions and connecting with people.

I’m 30 years old born in Cape Town and now reside in Johannesburg. I’ve been working in the Advertising industry since 2016 and never looked back. My love for people has enabled me to learn and explore various aspects of myself and that’s how I recognised the power of my voice. I’m fluent in English and isiXhosa and can deliver a variety of voice styles.

What keeps me sane and grounded is meditation and prayer. That’s how I connect with my soul and revive my inner spirit so I can exude positive energy to the universe. 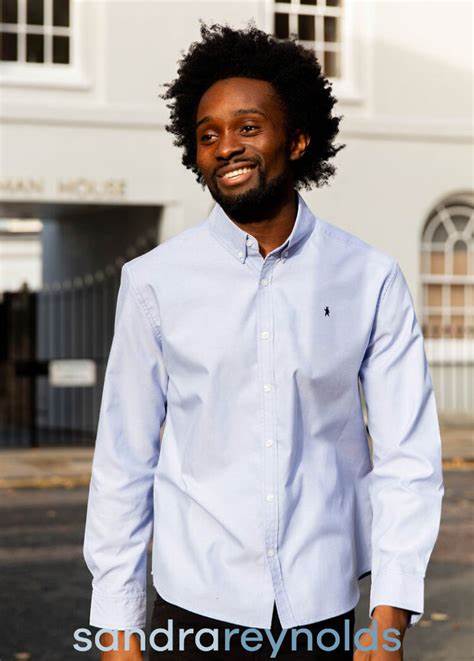 Darron is an experienced voice actor, singer and writer who grew up on the suburbs of London, UK. He settled in London and with West African heritage he brings with him a versatile set of skills from his unique background.
He’s appeared on countless UK & US TV commercials for mainstream brands. Sports campaigns for the likes of Adidas, Sport PESA, Rugby UEFA World Cup, Playstation. TV network commercials including Family Guy, Nescafe and Virgin Media to name a few.
Accents include: British, American (West Coast), Jamaican & West African.

His natural voice is bright, youthful and expressive. With a deep undertone he also delivers an inspirational veritas on call.